The "YoYo 222" Series 3 helicopter, available in various configurations, allows you to meet the multiple needs of the professional flying sport, the one who desires the best, the one who deserves only the best. During the 90s ultralight helicopters industry is experiencing a period of great expansion, bringing even more to the fore the general aviation. At that time it was easy to understand the necessity to suggest on the new market an innovative helicopter in accordance to VDS norms (Flight Ultralight) maintaining at the same time the upper class features from general aviation.

It started by an exploratory level analyzing projects of certified helicopters and thus begins a design-build process with the idea of not taking unknown decisions that have not been explored before using only schemes built on proven tests. In this way was designed: YOYO.

In the early 20th century Davide Zecca founded a new company Aero Eli Services aimed mainly to produce certified helicopters and to provide all services related to them. In this decade, the company along to a great team and the most competent partners in each specific sector develops the product giving it a personality, its own style and technique.

YOYO Helicopter brand became known both nationally and internationally. Technical competencies of the company are focused on producing certain parts of the aircraft, most of the major components that make up today YOYO Helicopter being produced in Italy.

In 2007 YOYO is certified by Aeroclub Italy as an ultralight aircraft adequate to an educational use. The fact that it is used in national flight schools, a real proficiency test, attests the product efficiency and soon YOYO became the most wanted ultralight helicopter in the italian federal aeroclubs.

The external markets show their interest for YOYO and thus begin aircrafts deliveries in the Alps direction. Several versions are created to satisfy the most dynamic and exigent requests of the customers and so YOYO reach the 3rd series. The rest is up to date... Simple but complete in its structure, which is a clear evidence for the price-quality-performance ratio.

A unique description: efficiency. Dedicated equipment placed the aircraft on an intermediate position from YOYO series.

This version represents maximum that this series may offer, being a VIP type in the category related.

Made using the Lycoming 0-360 engine offers exceptional performance and reference in the category.

Find our Headquarters, the affiliates Flight Schools and our Dealers in the World

Send us an E-Mail

You need information that you have not found on this site? You need to ask a specific question? Contact us now, our staff will respond immediately of each of your enquiries.

Are you interested in acquire one of our Ultralight Helicopter? See out catalogue.

Foundation of the Company 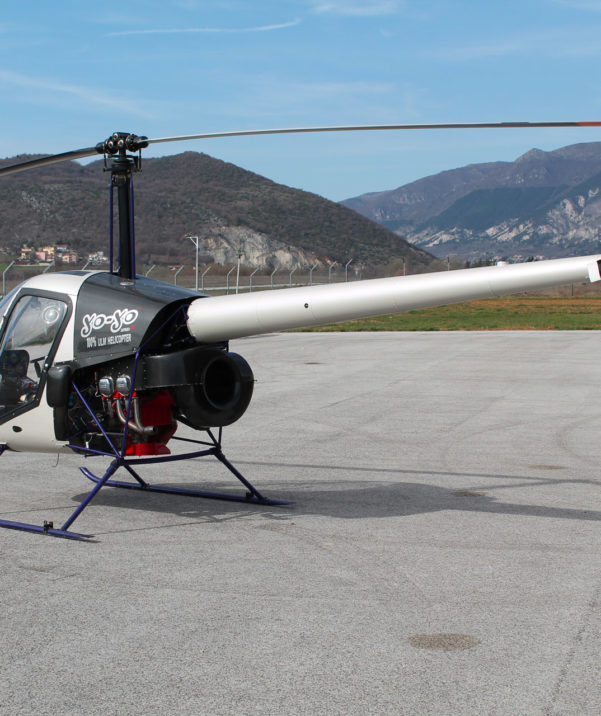 The "STANDARD" version set up a whole series of YOYO, simple but complete in its structure, which is a clear evidence for the price-quality-performance ratio. 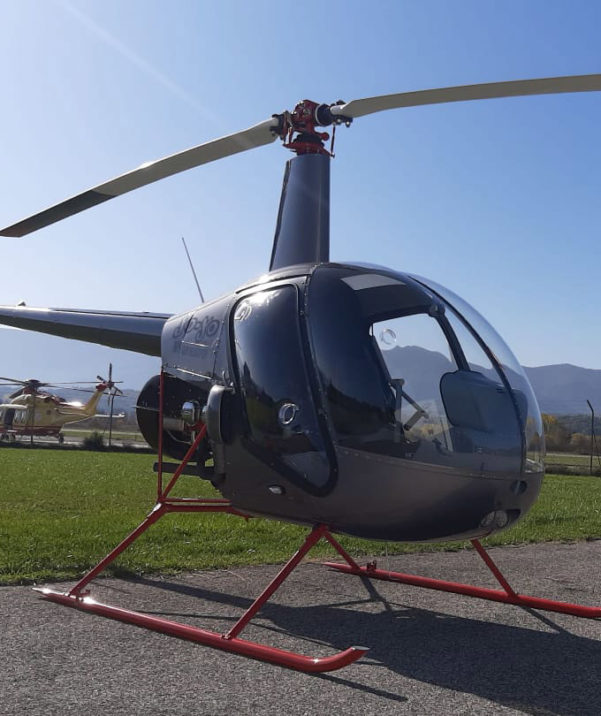 A unique description: efficiency. Dedicated equipment placed the aircraft on an intermediate position from YOYO series. This model has been designed to satisfy the most over particular requirements of the pilots. 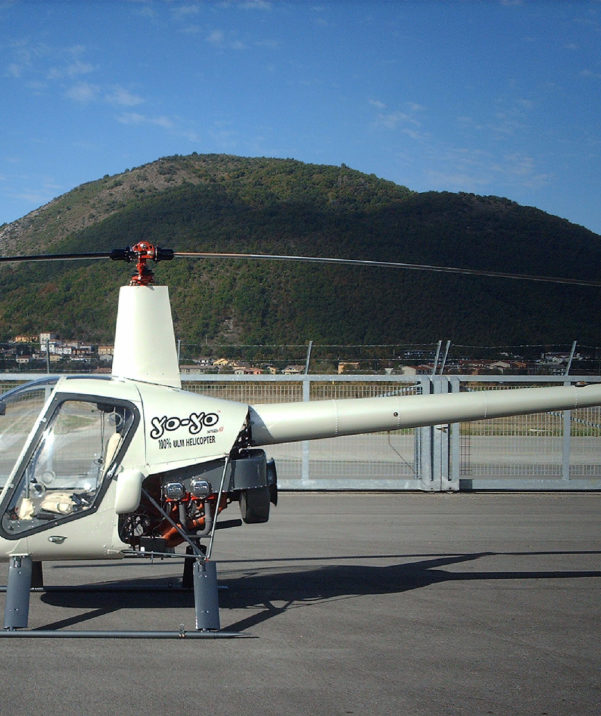 Designed with no compromises in terms of facilities, this version represents maximum that this series may offer, a helicopter with exclusive potency, being a VIP type in the category related. 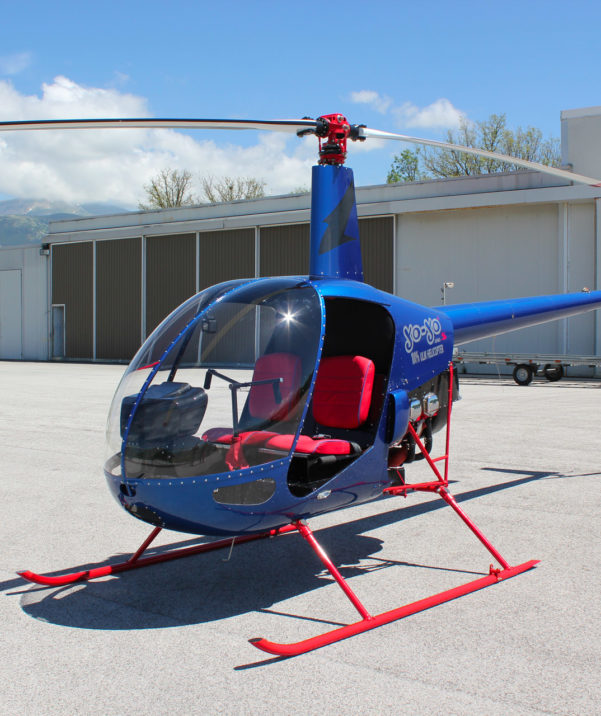 Made without compromise in terms of equipment, it interprets the maximum expression of the YoYo, a helicopter that makes exclusivity its strong point in this top-of-the-range version.

Stay up to date on all our latest news!

This website uses cookies to improve your experience while you navigate through the website. Out of these, the cookies that are categorized as necessary are stored on your browser as they are essential for the working of basic functionalities of the website. We also use third-party cookies that help us analyze and understand how you use this website. These cookies will be stored in your browser only with your consent. You also have the option to opt-out of these cookies. But opting out of some of these cookies may affect your browsing experience.
Necessary Always Enabled

Any cookies that may not be particularly necessary for the website to function and is used specifically to collect user personal data via analytics, ads, other embedded contents are termed as non-necessary cookies. It is mandatory to procure user consent prior to running these cookies on your website.